5 simple reasons why you should convert to LED lights 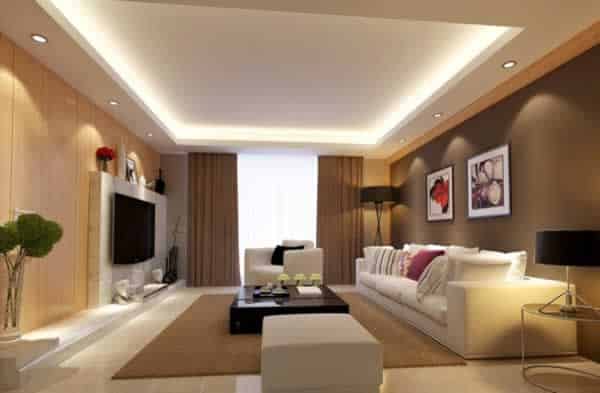 LED lights are quickly becoming the norm for people to use in their homes and their appliances. Short for Light Emitting Diodes, these little lights are very different in function compared to their older brethren. Where a normal light bulb makes use of a heated filament to create light, a LED bulb uses a completely different technology that doesn’t rely on filaments or even heated gasses. Companies like Petersen Parts have been innovating and advancing in the field of LED technology for years now. Here are five reasons why you should get rid of all your older light bulbs and switch over to the future today.

LED lights have a longer lifespan

One of the main design policies behind LED bulbs is that they don’t work using a filament. As such, they don’t run the risk of burning out in time. In fact, a typical LED bulb can last for over 100,000 hours of shining at their maximum brightness. They won’t even dim during this time period. There is no chance of the light source breaking or shorting out. A standard fluorescent bulb (powered by noble gasses and chemical reactions) can only last for 50,000 hours. The classic light bulb which uses a filament to glow can only last 5,000 hours in comparison!

The process by which a standard incandescent bulb, which uses a filament, works through heat. The filament in the middle is heated up by running a current through it, which causes it to glow brightly because it is hot. Almost 80% of the energy produced by this process is wasted as heat. Only 20% is used to make light. Conversely, a LED light uses only 10 to 20% of the energy for heat and the rest for light. They also require less power to supply the same amount of brightness as a normal bulb, which saves the average homeowner hundreds in energy savings. 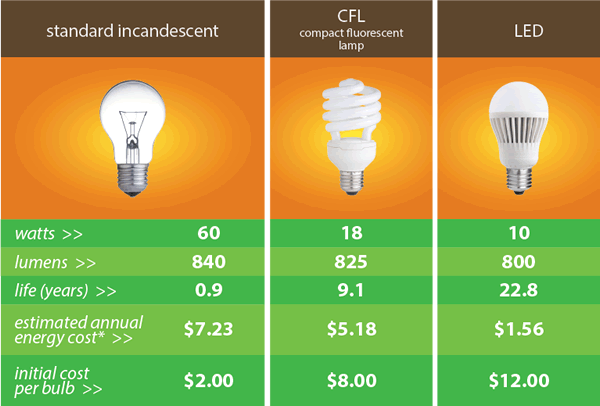 Most normal light bulbs have a small noise that accompanies their function. The low hum of a strip light, the ticking of a glass bulb, and so on. LED lights are completely silent, so they won’t drive you crazy with some monotonous background sound.

Safety is a priority

Since the energy usage of these bulbs is low, they are colder than normal bulbs. You won’t risk burning your fingers or finding your house on fire because of a broken bulb. They aren’t usually made of glass either, so you don’t have to fret about broken glass and cuts. LED lights are free of toxic chemicals. Most conventional fluorescent lighting bulbs contain a multitude of materials like e.g mercury that are dangerous for the environment.

LED bulbs can come in a wide variety of shapes and colors. They are small and can be placed anywhere. Control systems using infrared technology can be used to remotely activate and control the brightness of LED lights, potentially opening a home up to smart control through a mobile app.
The possibilities offered by LED bulbs are infinitely many, and they are all positive ones. LED lights are truly the pathway into the future for the working class citizen.